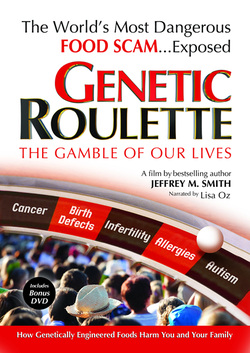 Genetic Roulette – The Gamble of Our Lives has won the 2012 Movie of the Year by the Solari Report and the Top Transformational Film of 2012 by AwareGuide!

Never-Before-Seen-Evidence points to genetically engineered foods as a major contributor to rising disease rates in the US population, especially among children. Gastrointestinal disorders, allergies, inflammatory diseases, and infertility are just some of the problems implicated in humans, pets, livestock, and lab animals that eat genetically modified soybeans and corn.

Monsanto’s strong arm tactics, the FDA’s fraudulent policies, and how the USDA ignores a growing health emergency are also laid bare. This sometimes shocking film may change your diet, help you protect your family, and accelerate the consumer tipping point against genetically modified organisms (GMOs). Don’t miss this film!

Raw vegan pizza will be available for purchase for $7. 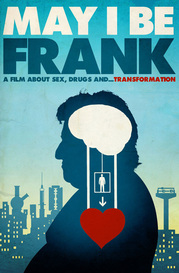 Ex-addict Frank Ferrante is a 54-year-old, overweight Sicilian-American from Brooklyn with hepatitis C and some bad habits. He also wants to fall in love one more time before he dies. “May I Be Frank” documents Frank’s transformation as he stumbles into the aptly-named vegan Café Gratitude, and, over 42 days, begins a life-changing journey during which he is coached physically, emotionally and spiritually by three twenty-something staff members on the path to enlightenment.


Raw vegan pizza will be available for purchase for $7. 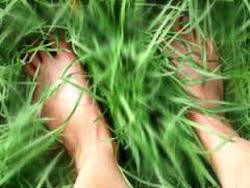 Grounded is an independent feature film about what many authorities consider "The Greatest Health RE-discovery of all Time". The concept was tested on the people of Haines, Alaska, population 1,700. It is an intriguing documentary focusing on the healing power of the nature, specifically looking at the free electrons released from the earth and how they play a role in our overall health and wellbeing. Watch the trailer.

Raw vegan pizza will be available for purchase for $7.